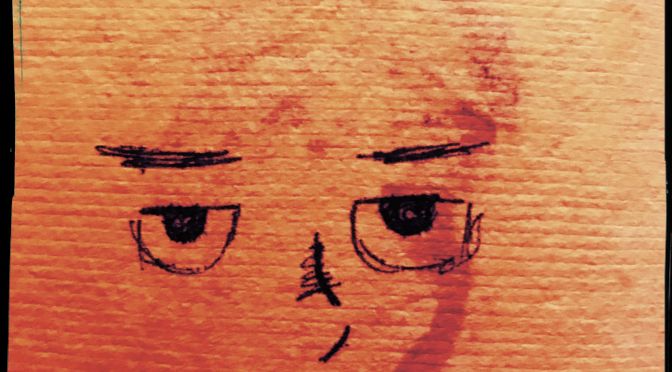 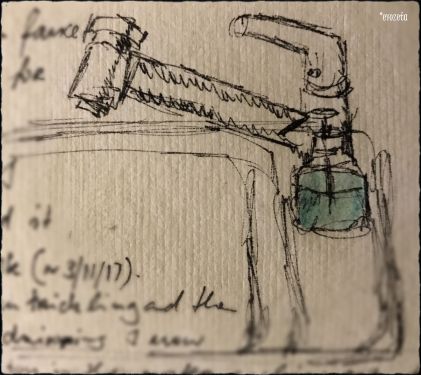 Saturday, March 19th, 2017 – Ever since I moved into my apartment there’s been one thing that’s been bothering me: The incredibly low pressure at which the water trickled out the kitchen faucet. So a couple of weekends back I decided to fix it: So I descaled the faucet, took it apart and built it together again the way it was supposed to fit together and – voilà: Ever since it’s been working like a charm. And to this day that makes me very happy. Small pleasures sweeten my life 🙂

Sunday, March 20th, 2017 – The week before last I fell sick. I’d caught the crud. My throat felt thick with a cold and over the weekend I got a very sore throat. It later turned into a bad cold with fever, coughing and sneezing galore.
So I put on my beanie and surrounded myself with my favorite stuffed animals… okay, my one favorite stuffed animal: Hedwig, the snow owl.

Monday, March 21st, 2017 – Later in the week I started to feel way worse and when the voice at the end of a 10 min. meditation session I tried to follow asked me how I was feeling now the first answer that shot through my head was “Like someone had stuffed my lungs through a meat grinder!”

Wednesday, March 22nd, 2017 – It has become customary for me to celebrate my second Birthday on March 22nd every year. It was that day in 1994 when I was rushed to the hospital with a thunderous headache (seriously, it felt as if that monster from the “Alien” movie tried to escape from my skull instead of my gut :-p) and a boiling fever, a stiff neck and arched spine. Turned out I had a bacterial meningitis and after a spinal punctuation to confirm the bacterial part they flushed me with antibiotics immediately. I was lucky the first antibiotics the pumped into my system worked and thus I am who I am today: A lucky one who has gotten through some rough patches.

Thursday, March 23rd, 2017 – That’s the face you make when your doc tells you that you’re not suffer 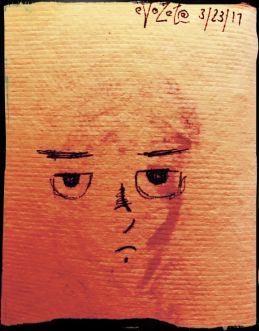 ing from the flu but “just from a common cold”. The addition that it was a severe cold and undoubtedly serious doesn’t really help to pick up your ego after such a blow.

Friday, March 24th, 2017 – I dared to go for a walk as the weather forecast promised a lot of sun, thanks to the southern wind coming over the alps and us

ually bringing splendid weather with it. Unfortunately, the “Föhn” – or “chinook wind” as it is sometimes called by English speakers – was quite frosty and fierce this time and almost blew my hair off my head… as you notice my beanie’s already gone. Luckily, I took it off myself. And just in time – a ferocious gust of wind managed to blow a fellow walker’s cap off so he had to chase after it – and in my imagination he’s running after it to this very day. 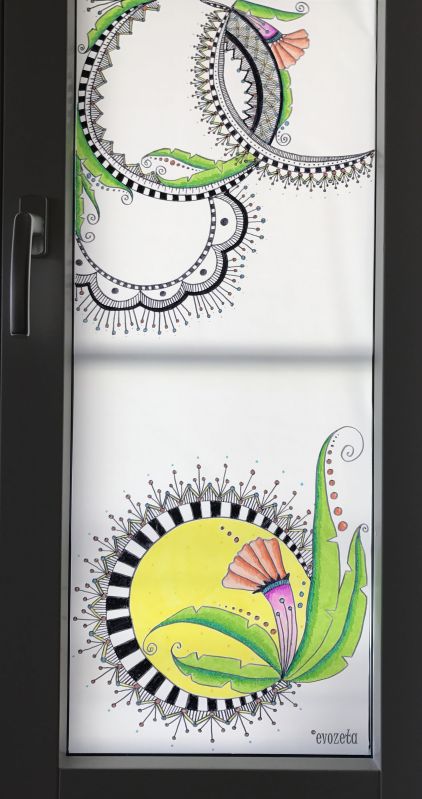 March 25th, 2017 – I have to admit: I’ve never been the biggest fan of curtains. Mostly because however thing they are they steal my daylight. So I try to avoid them wherever I can. Since I do have a pair of windows that is facing directly my neighbors windows/balcony door I decided I needed a little privacy, so I designed my own visual cover. I am pretty pleased with the result. And I dare say my neighbor doesn’t have much to complain about either.

What did you do last week? Did you manage to get healthy through this winter?

A joy that's shared is a joy made double:

Sat, October 22, had us transfer from Kona on Big Island to Lanai City on Lanai. Small but beautiful island with incredible locals and an amazing hotel/restaurant. Loved it!!
Friday, 21 October had us scared of apparently non-existing snakes 🐍 on #Hawaii🌺, enjoying a massage at #islandspirithealingcenter, #magicsandsbeachkona and manta spotting from #outriggerkona ‘s manta viewing deck - what a sight! #hawaiianparadise #paradisevacation #paradiseislands #kona #travelwithbestie #amazingvacation #hawaiication #hawaiivacation #worklikeacaptainpartylikeapirate
Thursday, 20 October started with another run/bicycle tour past King Kamehameha’s statue. We then headed from Hilo to Kona by passing the #pacifictsunamimuseum in Hilo, past #blacksandsbeachhawaii and the southernmost point of Hawaii and thus the territory of the USA. The hotel in Kona welcomed us with a Luau right outside our room.
The first Wednesday of our travel was exciting with a helicopter 🚁 tour around the big island volcanoes 🌋 waterfalls and along the coast. Next we picked up our rental car and drove along the coast to Hawi and then Kailoa-Kona where we thoroughly enjoyed the view of the setting sun 🌅
Last Tuesday welcomed us with a brilliant blue sky, so@a perfect day for an excursion up to the volcanoes 🌋 and an impressive lava tube. The day closed to the view of Big Island’s lava bubbling against the pitch black dark of night.
Getting to Hilo without ID wasn’t an easy feat and took quite some time but worked in the end - after we were rewarded with a Mai Tai on board the little aircraft. The afternoon/early evening was spent with a run/1-gear-bicycle trip up the mountain and back through the jungle and past some sketchy security gates right into the night with pretty scary rainforest sounds to follow us into the dark… but we made it out and enjoyed a most delicious dinner in #Hilo #Hawaii #hawaianislands #bigisland #vacationonhawaii
Follow samstarbucks on WordPress.com
Loading Comments...
%d bloggers like this: